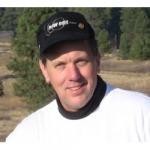 School levies will once again be on the ballot in various districts around my home state of Washington on February 14 (Valentine’s Day). The education establishment learned some time ago not to put bonds and levies on the regular November ballot as they often fail at elections where larger numbers of voters turn out. In recent years, such levies are nearly always voted on in a so-called “special election” at an off season when nothing else is on the ballot and few voters participate. If the education establishment can get its base of support to turn out, and if few voters participate overall, then an ever increasing flow of revenue for the bloated education bureaucracy will much more likely result. Never mind the waste of taxpayer dollars spent on a special election – “it’s for the kids!”

My friend Rick Kiesz, editor of the Palouse Patriot together with his wife Carolyn, has written a great article on the topic of government schools and why he will be voting “No” on ALL school levies. I wholeheartedly agree with Rick’s sentiments and encourage you to read his article. However, I have a few thoughts of my own that I’d like to add.

I’m sorry to have to say it, but those of us who identify ourselves as Christian, conservative or Constitutional, tend to spend more time complaining than taking action. We’ve become too preoccupied with talking about how big the education establishment is, how much money they have and how much power they have. We’ve convinced ourselves that there’s nothing we can do to stop the Godless, humanistic, socialistic brainwashing of a generation by the all-powerful government education establishment. But I beg to differ. In fact, I dare say that there are few if any problems facing America today that we couldn’t lick if we had the courage of our professed convictions and were willing to endure a little hardship and make some sacrifice.

For example, I’m persuaded that if Christians, conservatives and Constitutionists were to act on their professed values, we could demonstrate for all to see that there isn’t even a need for a government run education system. If the large percentage of the population that identifies as Christian were to place their children into Christian private schools, or homeschool (an equal or in some cases even better alternative), the government run schools would become virtual ghost towns. The injustice of taxing all the citizens in order to prop up the establishment bureaucracy that serves only a few, would become evident for all to see. The people would soon demand their tax dollars be returned to them to be used on the education option of their choice. The government education bureaucracy just might be put out of business altogether.

Now some will say “oh, but we can’t afford a private school tuition.” This is where putting our money where our mouth is comes in. If everyone who rails against the deplorable and depraved state of the government schools were to donate $5, $10, $25, or $50 per month to a private school (or a neighborhood homeschool family), that school could then reduce it’s tuition rate so that most any family could afford a private education. Those with successful businesses, or those who have finished raising a family and whose household expenses are now reduced, have no excuse.

If every Christian-conservative-Constitutionist were to act on their professed convictions, private Christian schools would become the new booming industry in America. They would be springing up in every neighborhood. They would be hiring teachers who would be set free from the bureaucracy of the government education establishment and turned loose to teach with all of their God given natural talent – free to honor their Creator as they educate children with all of the gifting that He has given them. And thanks to people like you giving to help support those private schools, they could offer assistance to families who truly cannot afford the tuition. The devotion of parents to their children in homeschooling or sacrificing to pay a tuition, and the sincere charity of others in assisting those who need it, would soon replace the bloated, bureaucracy ridden, government education establishment.

Gee, I’m getting myself all worked up here. Maybe I’ll just have to practice what I preach. Okay, I just stopped and wrote a check to the K-8 school at my church. Take that government schools!

This might sound like the lofty, idealistic vision of a dreamer, but the fulfilling of the dream is really only as far away as each of us giving up going to a movie once a month, or giving up a latte a couple times a week – a sacrifice alright, but much less sacrifice than those who laid down their lives and fortunes to give us this country. My point is that it is doable if we are willing to do what it takes. Therefore, whiling away my days complaining about the current state of affairs just isn’t an option for me, not while action can still be taken.

While the current government run education system remains, please don’t talk to me about the need for a levy or bond until the entire education system, from Washington DC, to Olympia, to the local school district, has undergone and implemented all of the recommendations of an independent performance audit and is running at the efficiency levels that would be expected and required in the private sector. You see, I’m persuaded that the problem isn’t that taxpayers aren’t taxed enough. I’m persuaded that the problem lies in a bureaucracy that consumes most of the funds before they ever make it to the classroom.

If it were up to me, I’d start by firing everyone in DC, Olympia and the local district except the teachers, the building maintenance staff, one principal and secretary per school and one administrator and secretary per district. I believe our teachers are smart enough to figure out how to properly educate children without an army of bureaucrats in far away places telling them how to do it. And if the district administrator isn’t capable of ordering the books requested by the teachers and assigning maintenance staff and funding in a manner that properly maintains the facilities, then we need to add hiring a new administrator to our to do list.

Perhaps this sounds excessively harsh, like I’m being too severe, I mean really, expecting a government bureaucracy to tighten its belt and live like those of us in the private sector, yea, that’s just plain unreasonable.

On this Valentine’s Day, or whatever day levies might be on your local ballot, let’s have a heart, show some love for the kids and vote “No” to heaping more debt, taxes and government bureaucracy on the backs of future generations.

Get more information about schools and levies at http://www.taxfacs.com/
(information is for Spokane County, but is indicative of the situation elsewhere)

If you agree with the content of this article, please forward, post and publish far and wide. If you don’t, who will?