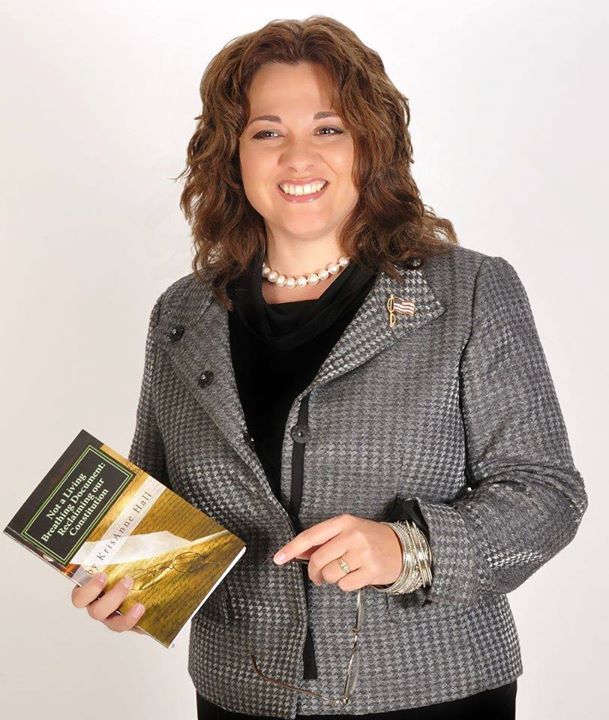 KrisAnne Hall is a native of St. Louis, Missouri. She got her bachelor’s degree in biology and chemistry from Black college in Illinois, joined the United States Army, was trained as a Russian linguist for military intelligence in the Army. She has also worked for the Missouri state attorney’s office for many years as a prosecutor after graduating from the University of Florida, Levin College of Law, working under Jerry Player.  She later went to work at a constitutional law firm defending religious and first amendment liberty for several years. Returning to the state attorney’s office in Missouri’s, she worked under the Honorable Skip Jarvis.  From there she was providentially launched into speaking about American liberties and the Constitution.  KrisAnne now travels across the nation teaching an average of 265 events in over 22 states for about the last six years.  In addition, she has a radio show which broadcasts six days a week, including one as a television show on the Christian television network- Lifestyle Channel. Her slogan is Liberty Over Security, Principle Over Party, and Truth Over Your Favorite Personality. She believes that we should protect, defend and abide by constitutional principles no matter who’s in office or which party is in power.
C-Span is now featuring her on C-Span 2’s Book TV program.  KrisAnne speaks about her book Sovereign Duty, in which she outlines what citizens can do to ensure that their constitutional rights are protected. She argued that the federal government has failed in its duty to uphold the Constitution. Catch one of the upcoming airings, or view it below.